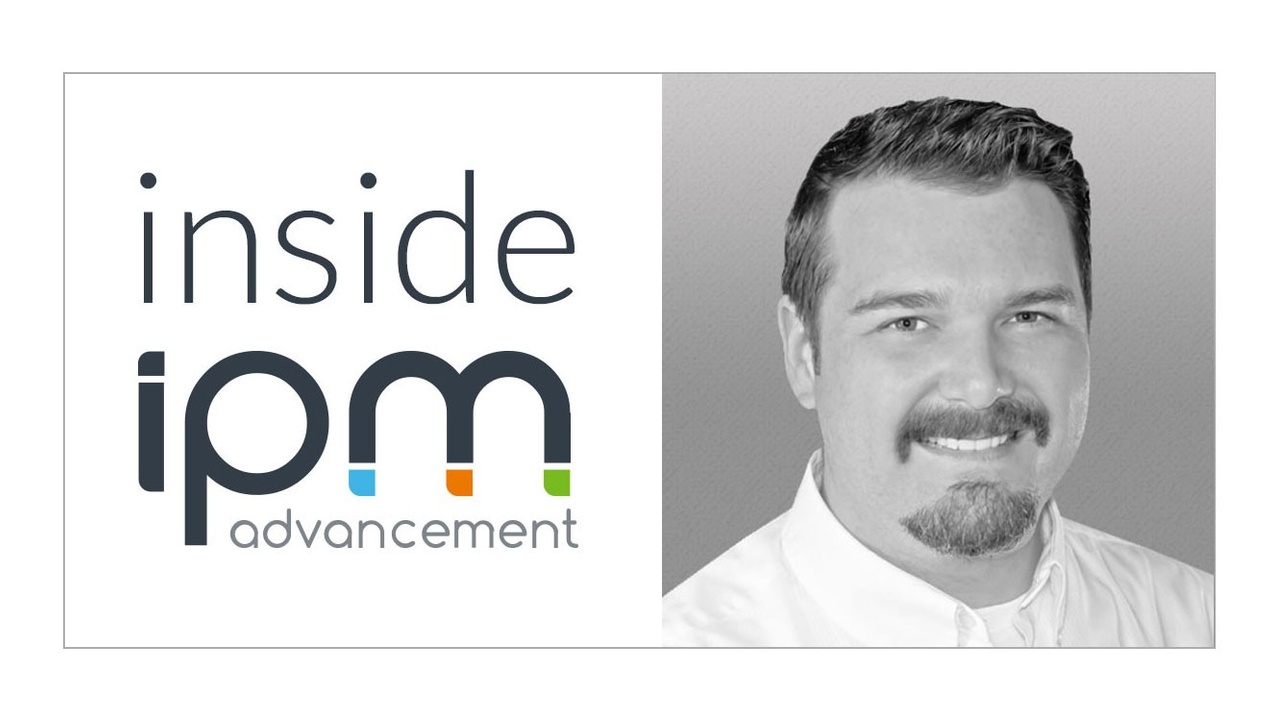 Russ, you and Jack co-founded IPM. How did that come about?
When I was working at Thunderbird [Thunderbird School of Global Management] in the early aughts, I needed a direct mail vendor who could handle complex segmentation. No one I spoke with really understood what I was trying to do with fundraising segmentation and personalization to Thunderbird’s 33,000+ alumni in 140 countries. So I ended up talking to Jack through a network connection. He and I met up for lunch and had a great discussion about how political fundraising microtargeting could be applied to nonprofit fundraising. I hired him the next day.

When I was getting ready to move on from Thunderbird, I reached out to Jack with an idea: “What if we combined forces and brought our fundraising approach to the nonprofit world?” He agreed it could be a powerful way to launch a successful business AND do some good. We formed a startup in 2006 with a handful of clients, then — after that went well — decided to officially launch IPM Advancement in 2007. The rest is history! (Laughs)

What’s different about IPM and its approach?
Well, from the get-go, we have emphasized great creative and very thoughtful audience targeting as the basis of our work with clients. We’re also brutally honest when we need to be, and we’ll make it clear that one aspect of our role is to help clients spend their development dollars as wisely as possible. That’s a promise they’ve made to their donors, and we hold them to it.

Another thing that makes us different is how we approach programs. We’ve always emphasized the importance of integrated fundraising — where various channels reinforce one another in a layered, microcampaign-type approach.

I’m also a stickler for A-B testing every fundraising appeal, and that has become part of our ethos. It’s not always easy to do, because true A-B testing requires you to remove all variables *except* the one you’re testing, which can be time consuming and difficult for clients who have limited budgets. But again, it’s the right approach — especially when you’re talking about annual giving fundraising programs that have to keep performing year-after-year.

What’s a valuable lesson you learned or mistake you made (especially early on), and how does that experience help you today?
I was basically fired from my first “real” nonprofit fundraising job because the organization I worked for (way back in the day) was using social security numbers as their unique donor IDs. For years, they had shared this data with their mailhouse, so I just continued the practice — not thinking about the consequences and potential privacy issues. When a constituent (who also happened to be a board member) found out, I was the guy who took the fall for the organization’s outdated approach. I was absolutely devastated, and I was mad at myself for not pushing back on the procedure I’d been told to follow.

Looking back … aside from putting privacy at the top of my considerations … that experience is probably a big reason why I’m always thinking about appeals in a very donor-centric way. For every piece we do, I envision myself as the actual recipient — asking myself (and challenging our team with) the same questions that the most critical prospects and donors would ask.

So yeah, the experience was truly awful. But it ultimately made me a lot better at what I do.

Where are you originally from?
I grew up in Western Massachusetts … the 413!

What about your childhood or time in school influenced your choice to get involved in nonprofit fundraising?
My parents were both career newspaper journalists/editors, so learning how to be a good writer was a huge part of my upbringing. I’d planned to go to college for journalism but both warned me that it was a changing/dying industry. So, as a probably-not-much-smarter choice, I became a music major.

The short version of the story is, I knew pretty early in my college career that I didn’t want to be a music teacher. And at my school, if you wanted to get a job after graduation, you studied music education. I was still writing a lot and getting encouraged by my professors to stay on that path, so I ended up finding (actually, begging for) an internship in marketing and PR with the Springfield Symphony Orchestra (MA). That was my first foray into the nonprofit world — an industry I didn’t even know existed up until then. I went on to complete my degree in Jazz Performance and even got a job as a middle school band director as my first day gig after college, but I wasn’t cut out for teaching. A little while later — thanks only to that SSO internship and some decent writing samples — I got my first nonprofit fundraising job as an assistant director for annual giving, running a direct mail and telefund program … in the days long before digital.

Interesting! So you studied jazz in college? How do you think that impacts your work today?
Oh, man…. In so many ways. When you learn to improvise music at an advanced level, your brain basically becomes wired differently than others’. That ability can be almost like a superpower when it comes to creative thinking as applied to all kinds of things — art & copy, analytics, fundraising strategy…. You tend to see things others miss, and it’s easier to consider complex ideas that intersect in many different ways. Jazz — and drums in particular (my instrument) — is very math-oriented, as well. So my studies set me up for an interesting combination of being able to think creatively and analytically. Studying jazz and improvisation made me who I am today and absolutely infuses itself into every aspect of my work with nonprofit clients.

As a nonprofit-focused professional, how has your approach to fundraising changed over the years?
I’ve become much more invested and interested in advanced analytics. A few years ago, I got to the point where I felt my analytics abilities weren’t keeping pace with my imagination, so I started studying and applying System Dynamics (SD) to my work. SD has been a really fun, refreshing and challenging lens through which I can examine fundraising strategies and tactics, and I’m continually experimenting with SD models that can be applied to nonprofit fundraising.

The biggest challenge I see with System Dynamics is that it’s been around for a while now — the approach was created by an MIT professor in the 1950s — but few people understand what it is and what it can do. When you show someone a Venn diagram, they can grasp it quickly and easily. When you present an SD model, it may take someone several hours/days to “get it” and see its value. That said, SD has come into its own lately as a way to examine and model policy decisions, pandemics, complex issues like climate change, and more, so I’m hoping it’s just a matter of time before nonprofit professionals realize what an incredible tool it can be for smart, forward thinking decision-making.

What are some changes or opportunities you see on the horizon for nonprofits as they enter this new decade?
The willingness to be and stay agile comes to mind, first and foremost. Nonprofit organizations need to do the hard research, understand their audiences and what drives engagement, test new approaches, and be willing to make adjustments and even fail — and then do it all over again.

I think the pace of change brought by technology has upended traditional notions about fundraising, and lots of folks are chasing shiny objects right now … especially when it comes to new donor prospecting. We’re also living in a new era where episodic giving is driving audience engagement, and that’s problematic for a number of reasons. At the same time, we’re seeing big shifts in annual giving donor demographics and behavior, and most nonprofits just aren’t responding fast enough to these changes.

What advice would you give to a nonprofit that would best prepare them to be financially stable for the next decade?
I’ll give you three things everyone needs to do right now…. First, nail down your case for support. Make it airtight and truly compelling. Second, optimize your approach to donor retention. Make sure your donor value proposition is strong and your stewardship efforts are best-in-class so those two things aren’t variables in the engagement equation. Third, figure out an effective and sustainable approach to onboarding new donors and warm prospects.

Without a solid acquisition strategy that results in new donors being added to the file year-over-year, the System Dynamics model of a donor base shows that your future organization will experience donor base contraction and become overly dependent on major and capital campaign donors to 'save the day' every year. Many nonprofit executives cut acquisition because it’s, more often than not, quite expensive. Board members look at the costs associated with onboarding new donors and balk. But if you’re not expanding your donor base, your donor base is contracting in a vicious cycle — the speed of which is mostly determined by your effectiveness in retaining donors. If your nonprofit is the patient, it’s bleeding out — and donor retention is merely a tourniquet to slow down the inevitable…. At the end of the day, donor housefile management is just a big, complex system that needs to be continually tweaked to at least remain in balance or to ideally promote growth.

Anything else people should know about you?
I was once in a Bollywood movie, but that’s a story for another time.